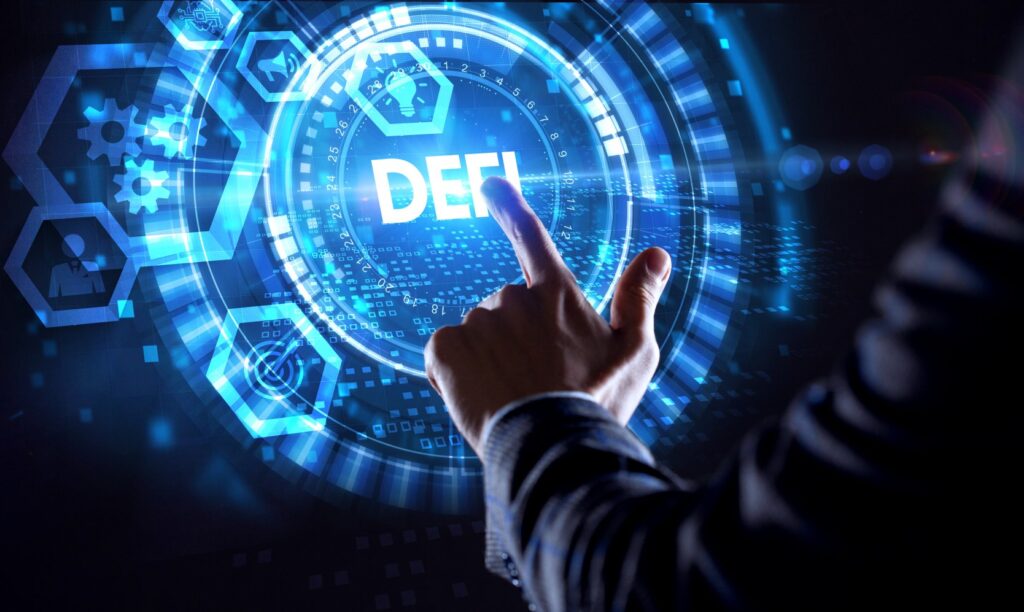 The future of finance is decentralized, and today the DeFi (decentralized finance) environment is flush with possibilities. Bitcoin’s DeFi ecosystem is still in its early phases of growth.

Currently, the decentralized finance (DeFi) world is full of potential, with over 200 DeFi applications running on the ten most popular smart contract platforms. However, until recently Bitcoin wasn’t even contenders as a platform for DeFi projects. The main reason was due to its limited programmability which made it hard to develop complicated DeFI applications like those found one smart contract platforms. But in November 2021, Bitcoin went through an upgrade that might make DeFi on Bitcoin more doable and appealing.

The Taproot upgrade changed the way that transactions are verified and opened the doors to DeFi on the platform. It improves the platform’s efficiency by condensing complex transactions and reducing both memory utilization and fees while increasing scalability.

Now, with this verifiable progress made, catapulting them into a better position than ever before, it’s no wonder that they’re taking their place in enterprising into new economic ecosystems like DeFi which (if industry predictions hold any water) could be set to expand considerably in coming months and years.

Bitcoin’s DeFi ecosystem is still in its early stages of development, and the technology is not yet widely used. Only a small number of projects currently use its smart contract features, and even fewer can be considered genuine DeFi applications.

Although Bitcoin’s Taproot upgrade gave it more native programmability, its scripting capabilities are still limited compared to other smart contract platforms. This is becauseBitcoin can only use the 100+ opcodes that come with its script. While these opcodes can be combined to form more complex scripts, they cannot compete with full-fledged smart contracts found on other blockchain networks.

This is why most Bitcoin DeFi platforms use a separate chain, such as the Bitcoin side chain or layer 2, to host their smart contracts. This links to the Bitcoin blockchain to settle transactions and utilize Bitcoin as a storage, data availability, or security layer.

Here are some of the most popular Bitcoin-backed DeFi apps:

Wrapped Bitcoin is currently the most famous Bitcoin DeFi software, allowing consumers to shift their native bitcoin from the Bitcoin blockchain to another platform by simply wrapping it.

Users deposit their bitcoin with a custodian, who then creates wrapped bitcoin (WBTC) on a separate blockchain. This WBTC can be utilized in the DeFi ecosystem of the chain it is produced on, such as Ethereum or BNB Chain.

Users who redeem their BTC (a procedure known as unwrapping) must again interact with a merchant that validates them and communicates with a custodian that burns the WBTC and releases the original BTC to them.

Stacks is an open-source blockchain network that supports smart contracts and decentralized applications. It aims to revolutionize the capabilities of the Bitcoin network by providing a parallel execution layer, which promises to significantly enhance its functionality.

Since the Stacks blockchain launched in January 2021, its ecosystem gradually expanded to accommodate dozens of DApps, including NFT marketplaces, digital identity solutions and DAOs.

Stacks is powering NOVA Miningverse — an ecosystem of games that gives rewards to players in BTC.

The platform functions by connecting to the original Bitcoin blockchain through a system called Proof-of-Transfer (PoX). By doing this, Stacks dApps can use Bitcoin’s resources and be safeguarded by its security.

Portal, billed as the “gateway to unrestricted apps,” is a new platform that will enable Bitcoin-based DeFi.

The company has raised $8.5 million in an effort to bring Bitcoin to the world’s first blockchain, according to Fortune. It will do so by creating a multi-layered architecture that sits a decentralized exchange and DeFi ecosystem on top of Bitcoin’s basic layer.

Rootstock (also known as RSK) is a Bitcoin smart contract platform that has been under development since 2015 and was first launched in 2018.

To access the Rootstock ecosystem and utilize its Bitcoin virtual machine platform, users must lock up their BTC to receive an equal number of RSK Smart Bitcoins (RBTC).

The Rootstock DeFi ecosystem can utilize this RBTCT in the same way that Ethereum dApp projects may use WBTC.

Today, Rootstock is employed to create a wide range of Bitcoin-based dApps. Sovryn is widely regarded as one of the most popular since it aims to integrate DeFi into Bitcoin using RSK’s technology.

The Future of DeFi on Bitcoin

According to data from DeFi Llama, Bitcoin has a TVL of $111.58 million (as of writing), the majority of which is linked with Lightning’s layer-2 payments platform. The total TVL for existing Bitcoin DeFi platforms isn’t yet measured.

In comparison, it took Ethereum less than three years to grow its DeFi TVL from $100 million to $100 billion. If Bitcoin follows a similar route, its DeFi ecosystem and TVL should expand significantly over the next several years, reaching $100 billion in 2025.

Some of the earliest versions of now popular blockchain innovations were seen on Bitcoin. This includes the first non-fungible tokens (often called colored coins) and early smart contracts.

Bitcoin DeFi platforms are different from Ethereum and other smart contract-oriented sites. Bitcoin’s DeFi mostly uses either an independent layer that is connecting to Bitcoin or just settles/records all the transaction purchasing on Bitcoin like a standard layer 2 system.

Developers who want to operate on these platforms must overcome the technical difficulties that come with the territory. Aside from RSK, many of these have a modified virtual machine (not standard EVM) and restrict themselves to specialized programming languages — such as Stack’s Clarity language — in addition to supporting broad-spectrum languages.

This might make developing DeFi apps more difficult, yet it will help to avoid the Cambrian explosion of such applications on EVM platforms like as Avalanche, Fantom, and Binance Chain due to developer migration and DApp porting.

Developers will also need to tackle the problem of blockchain bloat, which is preventing the network from becoming more centralized.

For DeFi on Bitcoin to become widely used, it needs to offer a clear advantage over existing DeFi solutions, host brand new DeFi applications that can’t be found elsewhere, and attract a large number of users.

Bitcoin is known for being progressive and disruptive, so it’s not entirely implausible that this could happen – but it’s still too soon to tell. If retail investors and venture capitalists put money into the system, though, DeFi might not stay in its current state for long.