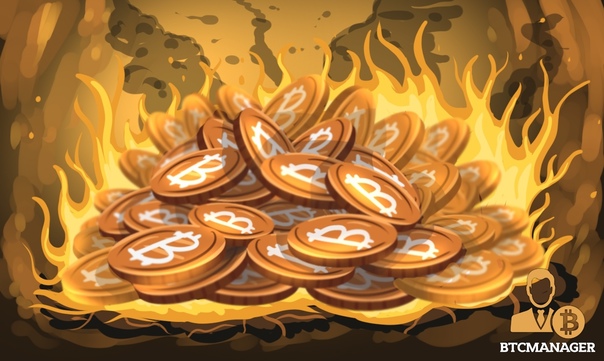 Cryptocurrency burning is the process of removing tokens (also known as coins) from circulation, resulting in a decline in the number of coins in use. The money is transferred to a wallet address that can only be used to receive funds. The wallet is isolated outside the network, and the tokens are no longer usable.

An address is associated with each cryptocurrency user that may be used to transmit and receive coins. The address is comparable to an email address, in which you can send and receive emails from anywhere. Your wallet address is similar.

When a coin is delivered to a wallet address that can only receive coins, it is “burnt.” These addresses are also known as “eater” or “burner” addresses.

The private keys to cryptocurrency wallets enable you to access the tokens stored in them, but burner addresses do not have a private key, thus the assets are lost for good.

It’s not unusual to remove an asset from circulation in order to adjust its availability and value. Central banks, for example, change the quantity of circulating money in order to alter a currency’s purchasing power.

Although cryptocurrency is digital, there are still a few reasons you might want to burn it.

Companies that are listed on the stock market typically buy back shares in order to decrease the number of outstanding shares. In general, this technique is intended to boost the worth of the stock while also improving a firm’s financial success. Unfortunately, it doesn’t always work as planned, and sometimes has the reverse effect. Shares may also be purchased as a form of corporate control—companies can employ this method to prevent a hostile takeover—the purchase of shares to acquire a majority ownership of the firm.

Many believe that tokens are destroyed to achieve similar goals. The entities behind the burning endeavor to make the coins more valuable and less accessible—trying to regulate the coin supply and preserve or enhance their own wealth. Some cryptocurrency entrepreneurs, on purpose, burn tokens to complete these objectives.

PoB is a method that blockchain networks use to make sure all participating nodes agree on the state of the network. A consensus mechanism is a set of protocols involving multiple validators agreeing that a transaction is valid.

PoB stands for Proof of Stake Without Energy Wasted, and it’s a type of proof-of-work system that doesn’t waste energy. It follows the principle of allowing miners to burn virtual currency tokens in order to earn the right to create blocks (mine) proportionally.

To burn the coins, miners send them to a burner address. This process does not consume many resources—other than the energy used to mine the coins before burning them—and ensures that the network remains active and agile. Depending upon the implementation, you’re allowed to burn either native currency or currency from an alternate chain, such as Bitcoin. In exchange for doing this action, you receive a reward in the form of native currency token.

Essentially, all of this fire activity keeps the network nimble, and participants are compensated for their contributions (both burning their coins and those of others).

The PoB system has a built-in mechanism to periodically burn cryptocurrency coins. By doing this, it balances out the early mining adopters with new users and prevents any unfair advantages.

The number of new coins generated by PoW decreases over time. This encourages miners to be active since they must burn their early coins and mine new ones instead of mining one coin when the mining begins. Because more new proof-of-work currencies are minted as time goes on, it becomes more difficult for early investors—or well-funded individuals with big mining farms—to keep a majority of the coins.